“It's not unusual to move from the city to the country, but this little girl's family is moving to an empty, weedy field. Soon they settle into a trailer, their 'house on wheels,' where they live for a year and a half while they construct their new house. New experiences like having a frame-raising party with all their relatives make the long process into an exciting adventure. With charming illustrations and engaging text, Bean recreates his own childhood experience.”
— Heidi Powell, Politics & Prose Books and Coffee Shop, Washington, DC

Mom and Dad are going to make the new house themselves, from the ground up. From empty lot to finished home, every stage of their year-and-a-half-long building project is here. And at every step their lucky kids are watching and getting their hands dirty, in page after page brimming with machines, vehicles, and all kinds of house-making activities As he imagines it through the eyes of his older sister, this is Jonathan Bean's retelling of his own family's true experience, and includes an afterword with photographs from the author's collection.

Jonathan Bean received an M.F.A. from New York's School of Visual Arts and now lives and works in Harrisburg, Pennsylvania. His first book, At Night, won the 2008 Boston Globe-Horn Book Award, and he is also the illustrator of two acclaimed picture books by Lauren Thompson, The Apple Pie That Papa Baked and One Starry Night. Jonathan's parents still live in the house the family built, outside of Fleetwood, Pennsylvania.

Jacquie Floyd has been acting since the summer of her 8th year when she played Mayzie the lazy bird in Horton Hatches the Egg. Later, she studied at St. Edward's University in Austin. There she performed with Emmy award-winning director Bob Tolaro and Julius Tennon in Othello. Jacquie graduated from Oakland University with a Bachelors in Performing Arts. Memorable roles include Ann in All My Sons, for which she received an Irene Ryan nomination. Professionally, Jacquie has savored roles in Angels in America, The Diary of Anne Frank, Much Ado About Nothing, and films Love & Plutonium, and 21 Carbs.

Down Under the Pier 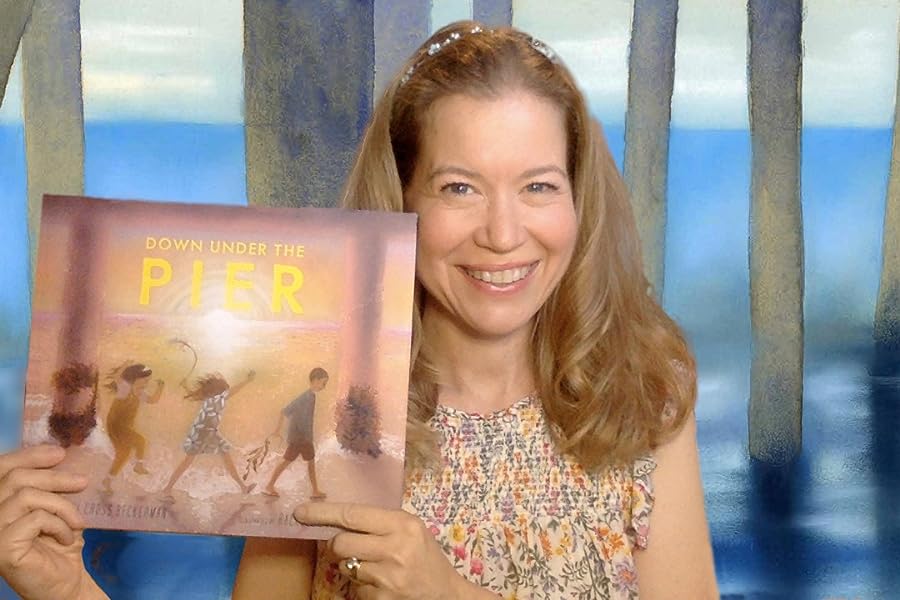